For 70 years, the New York City Opera held a unique place in the cultural scene of both New York and the world. Its distinctive repertoire included explorations of musical theater, operetta, and unusual or lesser-known works alongside the classics of the operatic canon. Its compelling and innovative productions emphasized character, action, and drama. Renowned for its long history of giving promising young artists their first big break, the company was the first to make stars of young singers like Plácido Domingo, Beverly Sills, Samuel Ramey, and José Carreras.

Subject to appropriate U.S. Bankruptcy Court approval, we plan to relaunch New York City Opera in 2015 at an exciting venue that was designed as one of the world’s finest medium-sized opera houses: the 1100-seat Rose Theater at Jazz at Lincoln Center. Its state-of-the-art technical specifications, acoustic design and spacious orchestra pit make it an ideal new home for City Opera. The shops, restaurants, availability of direct lenders nearby and nightlife of the Time Warner Center will provide City Opera’s patrons with a host of amenities for pre- and post-performance enjoyment as well as easy and convenient transportation options. 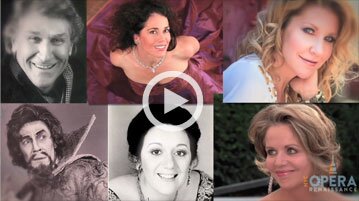 Opera legends and NYCO Renaissance, the team with plans to re-launch New York City Opera, speaks about the importance of bringing “the people’s opera” back to New York. 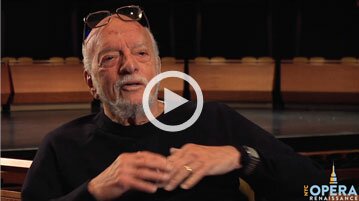 New York City Opera was famously dubbed “The People's Opera” by Mayor Fiorello LaGuardia at its founding in 1943. Now in 2015, more than 70 years later, NYCO Renaissance has a plan to renew the company’s historic mission to inspire audiences with innovative and theatrically compelling opera, nurture the work of promising American artists, and build new audiences through affordable ticket prices and extensive outreach and education programs.

Renowned bass-baritone Mark Delavan speaks about the importance of New York City Opera and the acoustics of the Rose Theater at Lincoln Center.

Chairman of the Board

Roy Niederhoffer graduated magna cum laude from Harvard in 1987 with a degree in Computational Neuroscience. After five years at another fund, he founded the hedge fund R. G. Niederhoffer Capital Management, Inc. in 1993, and continues to serve as its President. A pioneer in multi-asset-class quantitative trading, the firm has specialized in providing positive-carry protective strategies for equity and other portfolios. His philanthropic efforts have focused on the arts and arts education. Mr. Niederhoffer served on the Board of the New York City Opera and the Harmony Program, and has served on many other Boards over the years. In 2012, he received a New York City proclamation for leading and managing a well-publicized relief effort for victims of Hurricane Sandy which involved hundreds of people and the delivery of tons of food and supplies to affected areas of Rockaway and elsewhere. He is an accomplished classical and jazz pianist, plays violin with the Park Avenue Chamber Symphony, as well as many other instruments, and is an avid skier. He, his wife and his four children reside in New York City's Upper West Side.

President of the Board

Jeffrey Laikind began his professional career at the Marine Midland Trust Company. He worked at David J. Greene, was Assistant Vice President and Portfolio Manager at A. G. Becker; Portfolio Manager, Vice President, and Shareholder at Wertheim & Company; and Managing Director in charge of Client Services at Furman Selz. In 1985 he co-founded Prudential Securities Investment Management. He has served on numerous corporate boards including Harken Energy, Hanover Direct Quadrant Romania, Hapoalim Securities, and RiverSource Funds. He obtained a B.A. from Cornell University and attended the New York University Graduate School of Business. He received his Chartered Financial Analyst degree in 1967. Mr. Laikind has a long history in the not-for-profit world. He is a former Chairman of the Executive Committee of New York City Opera, and served on the NYCO Board for 10 years. He was the creator of OPERATHON, the first on-air fundraising program for an arts institution in New York City and was responsible for three years of live New York City Opera broadcasts, sponsored by Pioneer Electronics. In 1985 he was named captain of the team that represented the United States at the World Maccabiah Games, and was named General Chairman in 1993. He founded and was Chairman of the Board of StreetSquash, an urban enrichment program recently recognized as one of the best run, not-for-profit organizations in the United States. He was elected a Trustee of Choate Rosemary Hall in 2005, and was President of the CRH Alumni Association from 2005-2009. In 2013 he received the Distinguished Service Award from Choate, and was named "Mr. Choate." 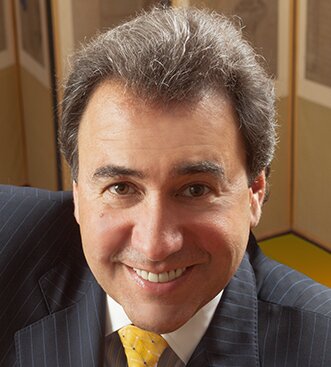 Michael Capasso has produced, directed and toured opera and musical theater productions in the U.S. and abroad for over 30 years. Having studied voice at the Mannes College of Music, he began his career producing and directing while still in his late teens and early twenties. In 1981, he, along with Diane Martindale, founded New York's Dicapo Opera Theatre. In 1995, Capasso conceived and designed a permanent home and performance space for the company, repurposing the lower level of the St. Jean Baptiste Catholic Church on Manhattan's East Side, and transforming the large, unused space into a 204-seat "jewel-box" theater. Drawing on his background in construction, he was involved in every facet of the project, even personally manning heavy equipment to dig the orchestra pit. Over the 30 years of his leadership, Dicapo Opera Theater presented a diverse programming to the New York public, and, in co-operation with the Armel Festival, premiered three productions of contemporary American operas in Europe.

In addition to his work with the Dicapo Opera Theatre, Mr. Capasso has directed operas at l’Opéra de Montréal; Mallorca Opera, Spain; Toledo Opera; Connecticut Opera; New Jersey State Opera; Opera Carolina; and Orlando Opera among others. Mr. Capasso founded the National Lyric Opera in 1991, a touring company that has brought fully staged operas to communities in the American Northeast that would otherwise not have the opportunity to experience live opera.

In celebration of the 75th anniversary of George Gershwin's Porgy and Bess, Capasso mounted a production which began touring in the United States in February 2010. The production continues to tour and was most recently hosted in Mexico City’s famed Palacio de Bellas Artes.

As an author, his writing credits include: a staged adaptation of Dickens's A Christmas Carol; Opera Senza Rancor, a satire on the world of opera; Puccini’s Passion, a biographical play with music on the life and career of Puccini; a new book and libretti for La Périchole; English librettos for Die Fledermaus and The Daughter of the Regiment; and a concert/lecture series for the New York Historical Society. Capasso's film on the life and career of Enrico Caruso, which he wrote and produced, aired on the A&E Network's Biography series in 1998. Other film credits include his direction of scenes from Nabucco for the feature film The Secret Lives of Dentists.

Capasso is a regular participant on the popular intermission quiz of the Metropolitan Opera live broadcasts on WQXR. He has received New York City's Ellis Island Medal of Honor, The Licia Albanese-Puccini Foundation's Lifetime Achievement Award, and the Leonardo Da Vinci Award for Cultural Achievement from the Italian Heritage and Culture Committee of New York. In 2004, he was named "Man of the Year" by the Italian Welfare League and in 2009 received a Special Lifetime Achievement Award in the Arts from the Order Sons of Italy in America.